Jakob van Domselaer's influence is initially considerable, as shows from his first compositions for piano (Kompositie I-IV, Suite and Sonate). He later joins a group of artists including Friso ten Holt, Gerrit Kouwenaar, Constant Nieuwenhuis and the young poet Jaap van Domselaer. They discuss art and philosophy. In 1949 Ten Holt moves to France, where he remains for a number of years, taking lessons from Honegger and Milhaud at the Ecole Normale in Paris. In 1954 Ten Holt resettles in Bergen, this time taking up residence in a converted World War II bunker. It is here that he writes the important piano composition Bagatellen (1954). In reaction to the tonal influence of his teacher Van Domselaer Ten Holt develops his own method to come to terms with the concepts of tonality and atonality. He calls it the diagonal idea, the simultaneous use of complementary keys in a tritone relation-ship. This results in the compositions Diagonaalsuite (1957), Diagonaalsonate (1959) and Diagonaalmuziek (1956-1958). 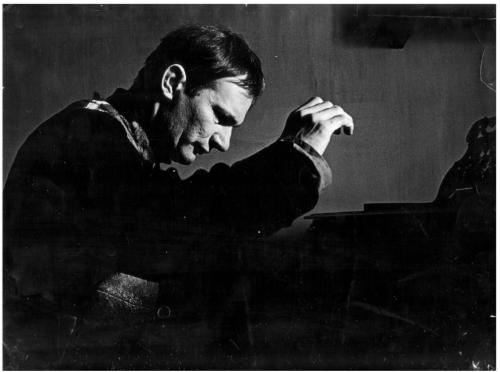 Ten Holt's social engagement, his philosophical state of mind and his literary qualities show from a number or articles on music he published in the literary magazine Raster between 1968 and 1973.
In 1968 he founds the Werkgroep Bergen Hedendaagse Muziek [Working Group Contemporary Music Bergen] which still exists.
For this working group he organizes concerts solely devoted to contemporary music, initially at the Arts Centre in Bergen, later at the Ruïnekerk [Ruin Church]. Ten Holt is also active as a pianist, performing his own works. At the 1969 Holland Festival his percussion piece Tripticon (1956) is performed. At the Institute for Sonology in Utrecht and in his own home studio he works at some electronic compositions (Inferno I and II, I Am Sylvia but somebody else). During this period he is also a regular visitor to the Warsaw Autumn Festival and has contacts in New York. Ten Holt taught contemporary music at the Academy for the Visual Arts in Arnhem from 1970-1987. Here he experimented with group improvisations that, in later years, led to performances at Arnhem Festivals. (A form of total theatre in which the students under his charge were responsible for music, choreography and dramaturgy.)

A breakthrough is the performance of ..A/.TA-LON by the Asko Ensemble at the 1978 Holland Festival. In 1979 his composition Canto Ostinato (1976-1979) for four keyboards is premiered. In 1985 this work is performed at the Gala of Dutch Music at the Amsterdam Concertgebouw, giving Ten Holt national exposure. During the eighties Ten Holt's music is frequently performed, not only in concert halls, but often in a wide variety of places, such as the concourses of railway stations, parks and squares.

Muziekcentrum Vredenburg in Utrecht plays an important role in the promotion of Ten Holt's music by organising concert series devoted to his evening-long compositions for keyboards. Various compact discs were recorded during these concerts. Ten Holt's considerable oeuvre can be divided into periods. During the first period Ten Holt shapes his musical identity by struggling out of the influence of his teacher van Domselaer. The two works for piano Bagatellen and Cyclus aan de waanzin [Cycle to Madness] (1961-1962) are typical of this process. This is what Ten Holt has to say about the tonal and expressive Bagatellen: 'A renaissance stage of life finds its expression in the Bagatellen in a style that can be situated somewhere between Chopin, Bartók and Janácek the late works of Van Domselaer.' By means of his own system of composing, the diagonal method, Ten Holt abandons tonality and finds his own way in the Cyclus aan de waanzin (1961-1961). ('The tonal element drifts like a shadow through the Cyclus and presents, sometimes openly, sometimes in disguise, the bill of an unpaid debt.') 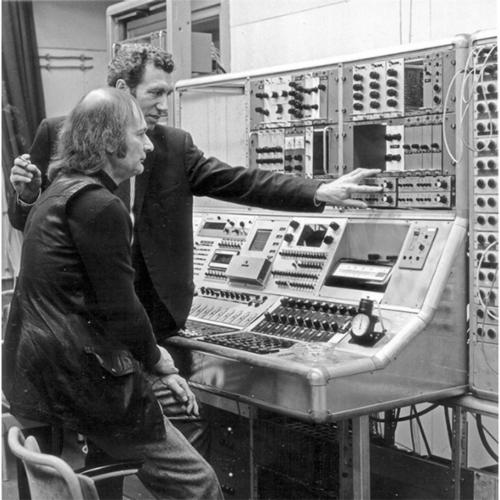 The second period covers music which is construed according to various theoretical principles in which the tonal material is determined by serialism. The important composition ..A/.TA-LON, dated 1966-1968, occupies itself with the relationship between language and music. In Interpolations for piano, from 1968, Ten Holt uses an aleatory composing technique. In the Five Pieces (1970-1972) the computer influences the compositional result.

And finally Ten Holt writes a number of electronic compositions. ('The aspect of so-called emotionality, exaggerated into an almost idolized institution, the certificate of sensitivity, evangelized as the bearer of the "message" is returned (not denied) to its rightful and democratic place, subservient as an equal partner in the realization process.') In the present and third period Ten Holt has returned to the instrument with which his life as a composer started: the piano. He himself speaks of a strong physical relationship to the sound of the instrument. This is what he writes: 'My hands grasp at what my mind cannot "grasp": I believe in my hands (...) Because of them I am in the dark, grasping at a reality which I (being the embodiment) only experience as a nebula, as a sensation.'

This results in the major composition of this period, Canto Ostinato for keyboards, from 1976-1979. It took shape as a work in progress at the piano. The score is laid out as a route for the performers to take, using the so-called 'drift parts' at will. The number of players is undetermined, as is the total length and the number of repetitions of the various sections on which the composition is built. The freedom left to the performers gives them a great responsibility towards the final result. In these compositions, that border on repetitive music, Ten Holt develops his own unmistakable style in which tonality and repetition evoke a new sort of aesthetics ('tonality after the death of tonality'). Characteristic compositions in this style, besides Canto ostinato, are Lemniscaat (1983), Horizon (1985), Incantatie IV (1990) and Soloduiveldans [Solo Devil's Dance] II (1986) and III (1990). With Palimpsest (1993) Ten Holt seems to be taking a new direction. After an exclusive devotion to the piano for years he wrote this composition for seven strings.